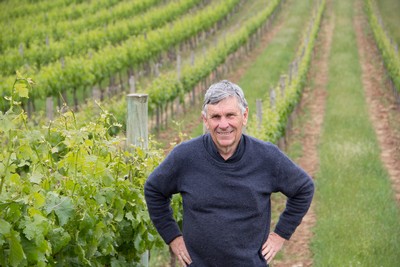 Coriole was started by the Lloyd family in the 1960s. It is a beautiful spot looking south towards many McLaren Vale vineyards, the old Willunga Range and the Fleurieu Bight. The estate has a lot of shiraz vines, including some of the oldest in the region. We have also had great interest in finding new and exciting varieties for the Australian table, starting with the sangiovese vineyard planted in 1985, the Ffiano vineyard (2001) and the piquepoul vineyard planted in 2010, all three varieties pioneered in Australia by Coriole.

The Chaffeys road estate was purchased in 1967 by Hugh and Molly Lloyd and a small collective of friends naming it 'Coriole', which began as 12 acres under vines with the original shiraz vineyard planted immediately after the first world war in 1919. Hugh and Molly became sole owners of Coriole in 1969 and released the first Coriole wine. The Lloyd family continues to manage and develop the Coriole estate with the third generation now at the helm.

The first wine, produced by Coriole in 1970, was from shiraz grapes and called 'Claret' which was the tradition at the time. Interestingly the very next year the tradition had changed and the same wine was labelled with its varietal name - Shiraz. After over a decade of success with traditional varieties at Coriole, and driven to find completely different wine and food experiences for the Australian table, Mark Lloyd made the move to alternative varieties with one of the first Australian plantings of Sangiovese. The 2021 release was Coriole's 35th vintage of this wine. This motivation has continued as many other varieties and new clones have been tried and tested... some of these have been rejected and others have flourished and are being increased.

Coriole is now responsible for introducing the nation to white varieties fiano and piquepoul, and are the longest continuous producers of sangiovese. We invite you to visit our place; explore the great traditions of shiraz from very old vines, consider the many new varieties that are on offer, taste our estate-produced table olives and locally made Extra Virgin Olive Oil, dine in the charming courtyard restaurant, wander in the gardens and soak up the breath taking views of McLaren Vale.