Mary Kathleen, "Molly", was born in 1914 and grew up on her parents’ market garden in Marion. She trained as an artist as well as a nurse, and she met her husband-to-be, Dr. Hugh Lloyd, both in their dressing gowns, whilst on night duty. She had a split second to judge his age and placed hers several years younger than she actually was, knowing she could not be older than her future husband – an important consideration in the 1930s. Subsequent attempts to correct the story were foiled and she carried this secret her whole life only telling her niece that she was, in fact, the same age her husband! This didn’t affect their relationship – they had a very strong marriage and remained in love until they died a few months apart in 1994.

Molly was a very busy woman. Apart from farming pursuits that included dairy and almonds, she started the Coriole garden, painted, was widely read, an opera buff, a good dancer, wrote a memoir, played clarinet and piano – both classical and music theatre – for all the family parties.

Cabernet sauvignon plays a small but vital role at Coriole, and Mary Kathleen is the top wine of the variety. Production is very limited at around 200 dozen and the wine is typically sourced from a 1986 planting that sits adjacent to our Lloyd Shiraz vineyard. We strive for elegance and refreshment but also concentration and depth of flavour. We recently conducted a back vintage tasting to see how the thirty years-worth of Mary Kathleen was holding up. The tasting reinforced to us that this is a wine that ages magnificently. The ’92, whilst nearly 30 years old, could still happily sit in the cellar for another decade or so. The most successful vintages showed great balance of structure and fruit. For many years a Cabernet/Merlot blend, as the decades have progressed the merlot proportion has dropped and is now a very minor component. 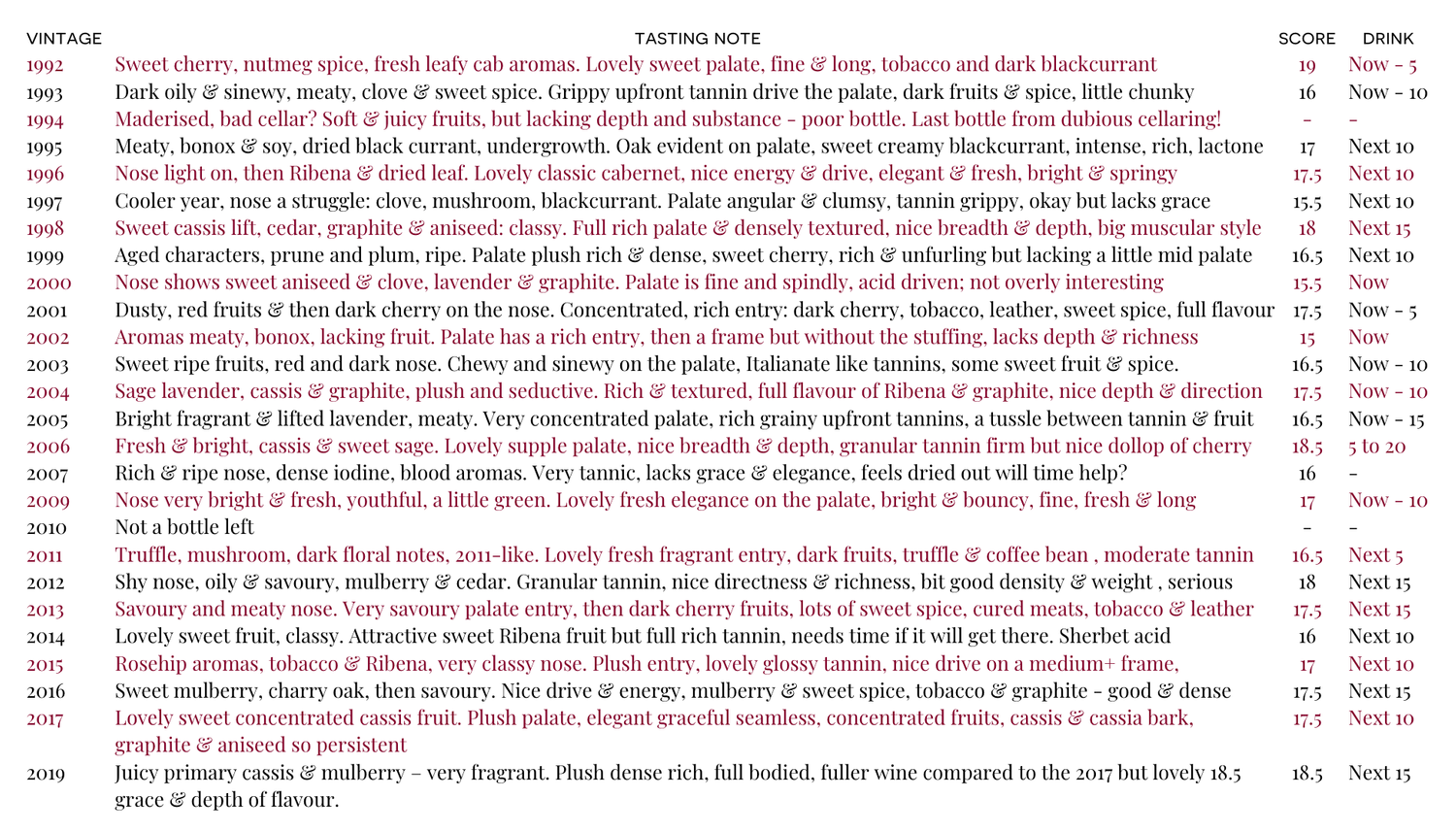